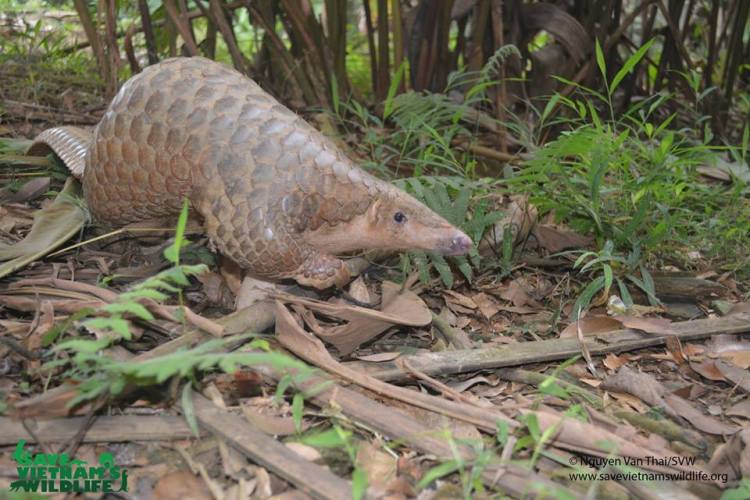 If the latter applies to you, I’ll let you off as a cause lost to the world, but the second question is all to frequently answered with an awkward shake of the head. You can start by looking at the photo above: that chap there is just one of eight species of pangolin (four in Africa, four in Asia), remarkable, characterful mammals that look the result of a night of passion between a podgy anteater and an amorous pinecone, bearer of a long dextrous tounge for investigating ant nests and an evolutionary body plan that hasn’t really changed in the last 60 million years or so. Lewis Carroll couldn’t have dreamed it up himself.

If something that fantastic still remains mostly unknown to the world, today’s day of awareness raising makes a lot of sense; but there’s more to it than that. Pangolins are being abducted from their forest homes in Asia at a rate which is difficult to monitor yet sickingly staggering when you consider the seizures that have been made by authorities; a single smuggled cargo of pangolins can carry up to six tonnes of the animals, and those are just the ones that are caught. They are being decimated in the hundreds of thousands, and all to fuel the same market of rich, South-East Asian consumers notorious as the root of more publicised illegal wildlife trades in elephant ivory and rhino horn. Although the pangolin is subject to paper protection in the countries where it is consumed, go to any market or classy restaurant in Vietnam, Laos, Cambodia, and you will find pangolin meat, scales, even foetus soup, on the menu with waiters all to enthusiastic to serve it to you.

The fact so few seem to be aware of this is in my view as disgusting as the trade itself, and it’s something I’ve been wanting to rectify in as much capacity as possible for the last few years. I covered the issue two years ago on the Independent largely as I was trying to reach a much larger and ‘unconverted’ audience as possible than one can achieve with a personal wordpress. But this World Pangolin Day, I’m happy to announce a very exciting project to keep track of over the next two years.

Having gathered a team of seven fellow students from the University of Exeter Cornwall Campus & Falmouth University, this Spring we will be launching ‘Ferae Vietnam’ – an eight week expedition to take place over the Summer of 2016, where our aim will be to survey and study populations of elusive mammals within the Ferae clade (pangolins and carnivores) in conjunction with NGO Save Vietnam’s Wildlife, and at the same time we will be filming a documentary on our research and the terrible plight faced by the pangolin – the aim is then for the film to be marketed as widely as possible to both Western audiences, and those in South-East Asia who may otherwise consume them.

It’s early days, and we will be launching the website and an introductory film within the next month or so. But it’s the start of an exciting journey where I hope to make some kind of difference to the future of these wonderful mammals.