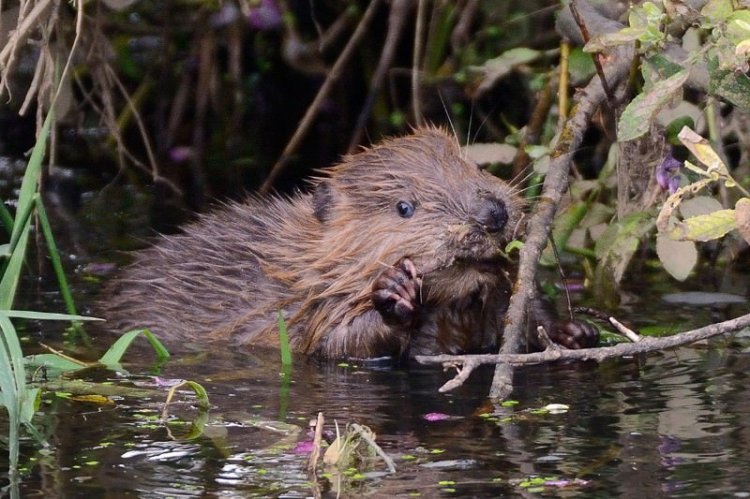 “What’s this idea you’ve got then?” asked the CEO to his colleague. He raised his eyebrow intently – he’d heard on the grapevine his new assistant conservation director didn’t necessarily follow the rulebook, which was part of the reason they’d been hired in the first place.

“Well, if we’re to really show some ambition,” said the new assistant director, trying their best to stamp out the nerves that threatened to crush the pitch, “to restore habitat in a way we couldn’t think was possible – and gain public awareness with a charismatic animal to boot – there’s some good research from the continent that suggests we should start seriously considering the reintroduction of the, uh, the reintroduction of the beaver.”

There was silence, followed by laughter, followed by words from the CEO as to how that should never be considered as a serious proposal. That it was make-believe, better suited to over-ambitious undergraduates who romanticise the reality of wildlife conservation. The stakeholders would be aghast, the funding wasn’t there, and anyway: not only was this animal extinct, but so was the Britain it lived in. The beaver would never be a native again.

Thirty years later, Scottish Natural Heritage declared the beaver was officially a native once again, and was here to stay.

The hypothetical situation in the first three paragraphs is unlikely to have been far from the truth. Until recently, even considering releasing a giant tree-felling rodent would’ve been deemed reason to go home and think very carefully about what you’ve done. Conservation in Britain has a very good habit of limiting its scope to what would’ve been in an area a few decades ago at best. There has been a sub-conscious mantra that the countryside our parents knew is what we should aspire too; the trouble is, as nature degrades with each subsequent generation, how depleted does something have to become till you stop believing it’s a paradise?

But thankfully, we’ve changed our outlook. Our wildlife has been battered beyond recognition. We’re commonly told of how devastating the post-war industrialisation of farming was for nature, but the truth is its been battered into a shadow of its former self since we started farming in the first place. From the extirpation of the top predators, to mass drainage of the wetlands when the Romans arrived, to Henry VIII’s Preservation of Grain Act that called for the extermination of everything from sea eagles to kingfishers, to the rise of the Victorian shooting estate and the predator genocide that came with it. A real wildlife-rich nation is way beyond the parameters many strategic documents set, and can nowadays only be glimpsed in areas such as Transylvania’s Tanava Mare, where land use is nowhere near as intensive.

By accepting we can have beavers back, we’ve shown that we’re just beginning to understand some of the broken links in our countryside; it isn’t about going back in time, but gradually putting back the lost pieces of a jigsaw.

Equally, it’s a move that’s been rooted in pragmatism. The SNH, the Scottish Wildlife Trust et al have rightly stated that all current and future populations in Scotland will be closely monitored and managed; if there are conflicts with people, they will be mitigated, or relocated if issues can’t be rectified (as a last resort is extermination – but Britain’s current population size is likely to mean we’re a long way off requiring this). The likely alternative would be something akin to the literal massacre of beavers on the River Tay, where some individuals, frustrated by the lack of official decision-making, have undertaken an inhumane slaughter about as far removed from any population science as you can get. Having management plans built into legislation can hopefully go some way to ending this. What experience in Europe has shown is that with these caveats built into the system, beavers can live quite contently in a highly modified landscape.

When I was maybe about six or seven, I found out that beavers were once a wild British animal. Naturally, I was disgusted we’d gotten rid of it in the first place, and while other kids might’ve dreamed of owning a sports car one day, I just wished that when I was grown up the beavers would be brought back! Maybe one day, when I was an old man.

In the three years between starting an undergraduate and where am now at the beginning of an MSc, I have worked first-hand with a group working to reintroduce them, seen the first wild English beavers in 500 years on the River Otter in Devon, and witnessed the historic rule-making this piece is all about. Right now, the prospect of my children growing up in a country where beavers seem as commonplace as badgers and bees doesn’t seem very remote at all.

2 thoughts on “Scottish Beavers are here to stay – and we’re finally showing some ambition in UK conservation.”