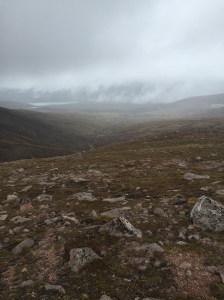 After hearing some good news for once this morning (the fact that Philip Pullman’s writing a follow-up to ‘His Dark Materials’, should you want to know), I was brought back down into a huff by this piece. Take a look, and absorb its content.

Read it? Right, where to begin. How about some key points?

Mountaineering Scotland and the Scottish Gamekeepers Association have jointly written to Scotland’s environment secretary – Doesn’t take a genius to see the vested interests here. Mountaineers want mountains to climb, fair enough. But the highest and best peaks in Scotland, such as Cairn Gorm, Ben Macdui and Ben Nevis, are in the alpine zone where any tree attempting to grow is on a suicide mission. It’s practically a tundra habitat, where the occasional scots pine is no longer high and mighty but resembles a tumbleweed, so the laws of ecology will ensure there will still be plenty of bare peaks. And anyway, surely not all their membership are adverse to trees? It’s not like you can’t hike through them. And of course, the gamekeepers require plenty of heavily managed heather for their bounties of beyond carrying-capacity grouse populations – trees are as welcome as dog faeces (although I bet there are gamekeepers who’d like to see more trees too). But it’s a bit strange to protest because…

The Scottish government wants woodland cover to go from 17% to 25% by 2050 – Another 8% in 33 years – that’s not a huge amount, guys. When you consider that the current extent of the Caledonian Forest, currently confined to about 35 pockets, is about 1% of what it once was, that puts things into some perspective. You’ll still have plenty of moorland. Isn’t it nice to have a bit of variety? Not only is it better for wildlife, but you’ve got different ecotones to explore as you climb, different shooting opportunities…

Proof you can have trees AND grouse moors. The bison is optional.

The letter states: “Our concern is whether adequate weight is being given to the significant changes this will have on the landscape of Scotland and in particular the dramatic open views and vistas which have come to signify to the outside world that which is unique about our country.” – Unique in the sense that we’ve found beauty in a trashed landscape? Would they say they the same, as George Monbiot often points out, about cattle ranches in Brazil or palm oil plantations in Borneo that were rainforest until very recently? Look, I can see a place for moorland. There are some species that do well there, and there is obviously cultural value – but we shouldn’t let this automatically be the dominating state of being. It’s unique because we’ve managed to romanticise a wasteland.

The group, which represents hill walkers and mountaineers, wants moorland areas to be left untouched as a wild landscape for tourists. – But if you leave it untouched it will revert back to woodland eventually – that’s the reason we want more. Don’t lie about the fact it’s heavily managed, or that it’s ‘for tourists’ for that matter (at least from the gamekeeper’s point of view).

“We, in Britain, have a very large percentage of it and to cover it in trees is just ecological vandalism.” – I’m sorry, please let me spit out my drink. Wiping out the forests and much of the wildlife centuries ago sounds far more like an act of vandalism to me. Ecology is all about mosaics – it’s enriched by new, varying habitats.

“Both groups emphasise that they are not opposed to tree planting but that sites have to be well chosen.” – That doesn’t seem to add up to that previous statement?

We need to take all groups into account when determining the future of conservation in this country, but given the vast majority of our land (not just in Scotland) is an ecological wasteland even by mainland European standards, we need to be bold. Crying out at the first call of someone wanting to plant an aspen is not going to help this.