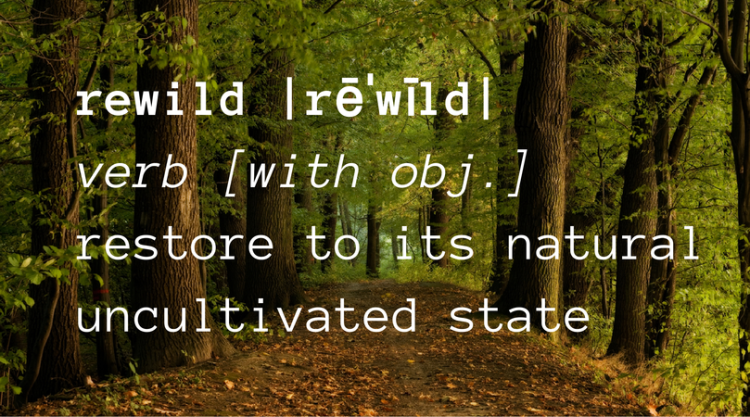 “Why should I join twitter?” Ask a decreasing number of vaguely internet-literate wildlife conservationists. Well, for one you can get involved in rather lively twitter discussions, and nothing’s surer to hit off a reaction like a magnesium-burning demonstration in a school teaching lab then a rewilding debate.

One such event happened this weekend gone, and it was a cracker. It was cracked off with this tweet from Miles King, itself in response to a statement from the Countryside Alliance:

Despite not knowing what it is, The Countryside Alliance go on the attack against #rewilding. pic.twitter.com/yu9Iyez3gv

And it just escalated from there. You can click the link to view the whole thing, but here’s some of the choicest cuts from the ensuing tweets. Try and guess which side of the fence they come from:

“Rewilding: can anyone provide a definition that more than two people can agree on? Speak up or otherwise it’s starting to look like a fad.”

“I’ve never struggled to define it. Rather I know that like other themes in conservation it is an idea that covers a continuum of approaches.”

“Rewilding is very important and interesting, no argument from me on that but it’s a catch all, thrown around and devalued by that.”

“This is what I find so mystifying. Anywhere else in the world, hunters would instantly understand rewilding & identify with it.”

“It’s a genuinely lovely idea, but it’s based on a fundamental refusal to accept an ever growing human population.”

“Rewilding: verb, a social pursuit of urban keyboard warriors to change the countryside that they don’t understand and probably seldom visit”

Quite often it veered into a debate of shooting v. non-shooting, which happens a lot these days. But the primary theme did appear to be the struggle to define ‘rewilding’, and as the idea continues to grow beyond proposal and into practice, this will be one of the key areas to work on.

As a result of this labyrinth of conflicting ideals, I’m pleased to announce my upcoming podcast project that hopes to, just maybe, make things a little bit clearer.

What is Rewilding, Anyway? will interview the practitioners, proponents and critics of the ‘r-word’ across the length and breadth of Britain, with all episodes taking place out in the field to really get a sense of place; and where possible, where current rewilding work (or however it’s wished to be defined) is happening. Each episode, intended to be between a digestible 15-30 minutes long, will be released on an at least monthly basis starting soon. One’s already in the editing suite, with other interviews due to go ahead in the coming weeks.

Inevitably, I expect the series to throw up a multitude of answers rather than one great consensus. But perhaps we can pick apart at least some key features to allow for the idea of rewilding to be just that little bit less confusing for all involved in the future.